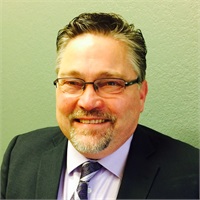 Relationships are the bedrock of financial advising. Previous to becoming an advisor, I had worked as an entrepreneur in a variety of business sectors. The older I got, the more I saw how the industry was hurting people. After discussing it with my wife and then teenage daughters, I decided to join Waddell & Reed as an independent associate in order to create a new form of financial advising that was based on connection rather than bottom lines. Since then, my team and I have built the Montane Group, a practice that combines sound, data-driven strategies with the individual relationships we build with each client. My job as your advisor is to walk alongside you as you pursue your financial goals. Whether it’s retiring at sixty-five or creating a college fund for your children, I would love to hear about those goals and collaborate together on how we’re going to get you there.

Steve is a licensed Financial Advisor. He has decades of experience in financial management, public accounting, and business education working for companies like Intel, PCOS, Microsoft, and Washington Industrial Coding. Additionally, Steve has been a part of both local and international nonprofits as a community leader, organizer, and grant writer. He served as the Rotary Auction Chair back in 2006 and, most recently, could be found mic’ing kids backstage for Kitsap Children’s Musical Theatre. He and his wife Teresa have made Bainbridge Island their home for the last thirty years. Their daughters are now fully grown, but Gromit and Gigi, the family terriers, are still consistent roommates!

Waddell & Reed is not affiliated with any other entities referenced.  (07/20)